For as long as I can remember, I’ve loved animals.  As a child of three or four, after being read The Frog Prince, my mother found me in the bathroom holding a poor frog in the sink.  My mom said, “Sister, what in the world are you doing with that frog?”  I replied, “I’m giving him a bath so I can kiss him to see if he’ll turn into a prince.”  I have no idea what I planned to do with him once he did turn into a prince, my plan was not very well thought out at that age, but I did know I wanted him to be clean first.  I’m still a little quirky about things needing to be clean.  Anyway, I digress.

Much to my parents chagrin, I’ve always been one of those kids that brought home every stray animal I came across.  My first dog was a stray Australian Shepherd pup that I called Snoopy.  He was my best friend and constant companion for many years. 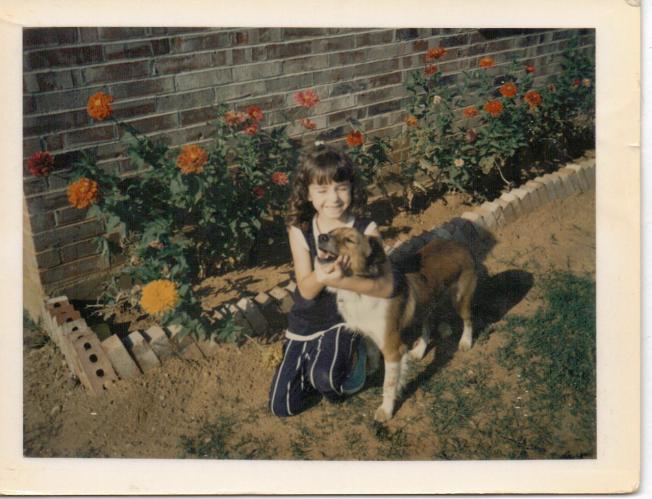 I can’t imagine a child growing up without the opportunity to care for and love a pet.  Thank God my parents allowed me to have all of my pets over the years.

As a teenager, shortly after getting my driver’s license, I hit a big jack rabbit.  Mortified and close to tears, I cautiously got out of the car and went back to check on him.  I didn’t see any injuries, but he was knocked out cold.  I grabbed him up and placed him on the back seat of my car and started home.  Before long, he regained his faculties and was doing a very good impersonation of “Ping, Ping, PING! Ricochet Rabbit!” all over the inside of my car.  When I finally pulled over, I was screaming as if a machete wielding Jason Vorhees himself was sitting on the seat beside me.  I threw open the door and sprinted halfway down the road before looking back over my shoulder.  Out leapt Mr. Ricochet, none the worse for wear, and happily disappeared into the neighboring field.  Tricks apparently aren’t just for kids after all.